Someone recently asked if the school holidays really made any difference to me, being at home with pre-schoolers and all. And I think in any case, I would have said yes; but having just moved accross the country to a brand new area… this current ‘yes’ is emphatic to say the least!

See, the thing that I’ve found over the last couple of years is that, for me at least, being a sane-at-home-Mum requires structure and routine. And for us, it also requires getting out of the house at least once a day! Now, with a lacklustre budget and chronically British weather, this largely relies on having stuff to go to. Baby groups, play dates, term-time-toddler-specials… you know, all the stuff that usually stops whenever the schools are off!

I confess that this year in particular; having very little idea about the local services and amenities available; I did look out upon the six week stretch of unstructured nothingness with a new sense of dread and fear. How on earth was this scatty, tired excuse for a mother going to entertain two highly spirited toddlers for a month and a half, without spending a fortune?!

I rolled up my sleeves and talked to my old frenemy Pinterest, that’s how!

I pinned list after repetitive list of ‘free stuff to do with toddlers’, (which, you know, involved no small amount of ingredients and materials – but we don’t count those now do we?!)

As a result, I was researched, ready, armed and excited; and for the best part of this first holiday half, things were going well. At this rate, I thought to myself, I too could be a “Pinterest Mom”! Heck, I even imagined this blog post as some sort of summer survival guide, with filtered pics and tricks and tips…

Ooooh, why is there always a “but” with me?!

But. The thing I’m far-too-slowly learning about Pinterest is that it never tells the whole truth, does it?  I mean, you get the glorious “before” pictures; the parental masterpieces, untouched and inviting… but you never get the aftermath, do you?! You know; what happens when your genious ideas and beautiful creations meet with actual real life children?!

Well, let me give you an insight.

For us, the first project was the puppet theatre; made out of a skinny pram box that only fit one child and so caused immediate tardis-rocking ruptions when the inside space failed to deliver! 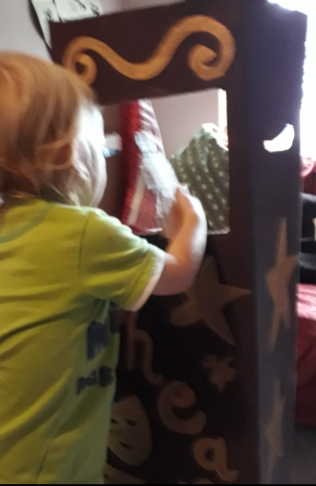 This was followed closely by the handmade puppets themselves, which took three hours for me to prep, three minutes for them to make and even less time to break! (Standard toddler routine in the real world, right?)

Thankfully, however, our second holiday “project” has been more successful – in the sense that it is seemingly on going and still very exciting. I’m talking about the glorious free past-time of fruit picking!

The kids cannot get enough of it. We’ve taken buckets and bags up the road to pick blackberries (yep, out shockingly early this year!) and have been abundantly blessed in the garden. We’ve probably picked fruit every day, and the kids always ask to go out for more.

The problem, of course, is what you do with all of these buckets of rapidly ripening fruit?! Because you automatically go there, don’t you?

“Oh! Now we can make crumbles and chutneys and jam for the rest of the week!”

I mean, it sounds like the perfect extension activity doesn’t it?! Hours of fun!

Until, of course, you find yourself in the kitchen, quickly realising that making jam and chutney involves peeling fruit with sharp objects, then boiling it to obscene temperatures on the hob and checking it every couple of minutes on a cold plate, trying to work out what a skin is because you still can’t bring yourself to be someone who owns a jam thermometer! And so what actually happens is you get so stressed with the toddlers and the hazards and the high maintenance produce, (not to mention them licking sugar off the table) that you end up sitting in the kitchen by yourself, peeling 30 odd apples, while they watch roughly the same amount of episodes of Peppa Pig in the lounge next door! All just so you can end up with 7 jars of something that looks unfortunately like this…. 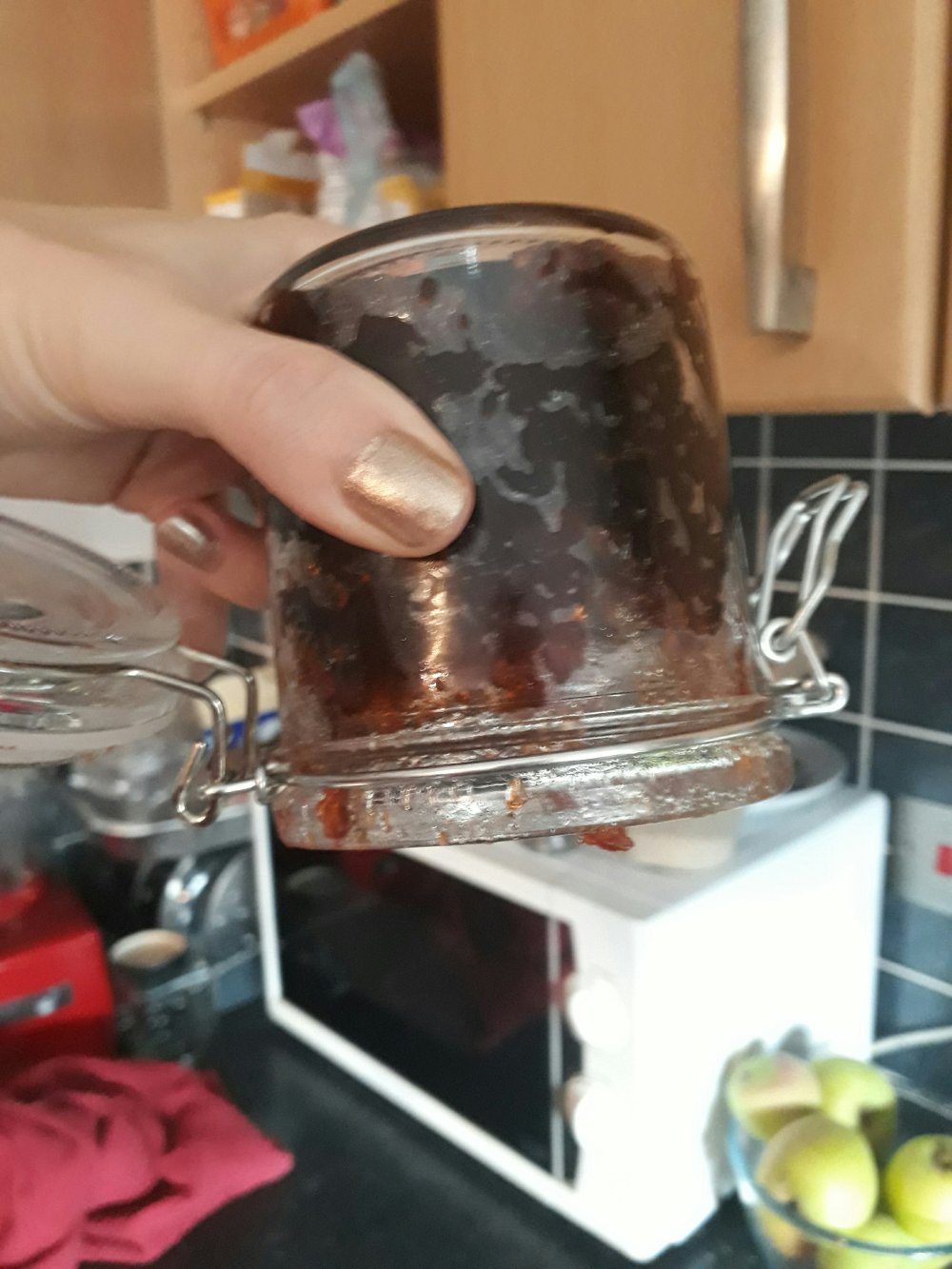 Solid as a rock.

Of course, for anyone who noticed, I shared this picture briefly on Facebook yesterday morning, because at the time I thought it was the worst discovery I was going to make that day.

Sadly, I was wrong!

After getting over the shock of an irritatingly unfortunate speeding ticket (#epicfail), and digging out leggings that actually fit over my swollen and now severely sunburnt legs (#failday), I went out to check on our third holiday project….

My latest “Pinterest-Mom” pride and joy, and my favourite holiday hack…

I mean, this was glorious.

We spent the first ten days of the holidays making it; collecting materials, sourcing tools; heck we even drove out to a tire scrap yard and picked up some freebies- an adventure in itself! I modelled it on one pin and took ideas from others, (most interestingly the over-ambitious one with the categorised collection of shells and stones and acorns in separate little cute containers… Seriously, how could I not know where this was going?!)

I used a shelf the previous owners had left in the house and painted hobs on it; then nailed- yes nailed!- some plastic tubs to it, congratulating myself on the fact they wouldn’t get lost! Balancing it on some bricks, (freely sourced by the church warden!), I then filled the tubs with any props that I could find and deemed appropriate (uh oh). Next, I nailed hanging baskets to the fence, (purposely intending to catch the rain water- no wastage here!), and then arranged the tires for seats-slash-containers. The tires housed washing up bowls full of mud and sand and hay… presto 😉 With some baking trays to just about cover the tires when it rained, we were done and it appeared awesome!

In fact, one of the things I was most smug about was the fact I didn’t manage to get the Pinterest-Mom photo of it before the kids dove in. They just couldn’t wait to play and, once in, there was no getting them out! I sat back and watched them thoroughly enthralled in the latest thing we had created “together” (ahem)…

And it really was beautiful. (#winner)

What wasn’t so beautiful, however, was the moment it started to rain. The kids jumped up and wanted to go inside. They were caked in mud! Everything was uncovered and once again I began to get the familiar sense that I hadn’t quite thought this through! I quickly stripped them off and sent them indoors with instructions not to touch anything until they were clean! I then began trying to tidy and cover everything over. The grass was already like a bog and the “cute” container contents had been decamped into various holes, whilst the containers themselves were full of compost, sand and water. Of course, when I went to pick one up to empty it out, I found that I couldn’t because I had flipping well nailed it down! (#fail!)

But hey; I told myself off and calmed the panic down; this is messy play! They’ve had the time of their lives creating whatever they flipping well like.. this is what it’s for, right?!

I covered what I could, put my OCD to rest and left the props all mixed up; joking with a friend that if this was the state after one play, I should share and pin the after pictures at the end of the summer holidays! Which seems funnier now really, because we are only half way there and it’s so bad I need to share it now!

The thing is, one of  the “appropriate props” I found for the containers was some dried, dyed pasta I had made for Toddler’s Messy Play Party last year (an actual Pinterest win!). The pasta got mixed up in the soil and sand but I figured, what harm could it do?! (A prime example of what happens when creatives have no grasp on science!) So, instead of forking it all out at night like a mad woman, I left it in there.

You know, in the badly covered container of compost, in the rainy north, while we went off visiting relatives for a week down south.

Upon our return yesterday afternoon, however, I led the troops out to play in their mud kitchen; removed the loose-fitting baking tray from the top of the tire and…  quickly discovered exactly what happens when you leave dried pasta in a dark and wet environment for that length of time! 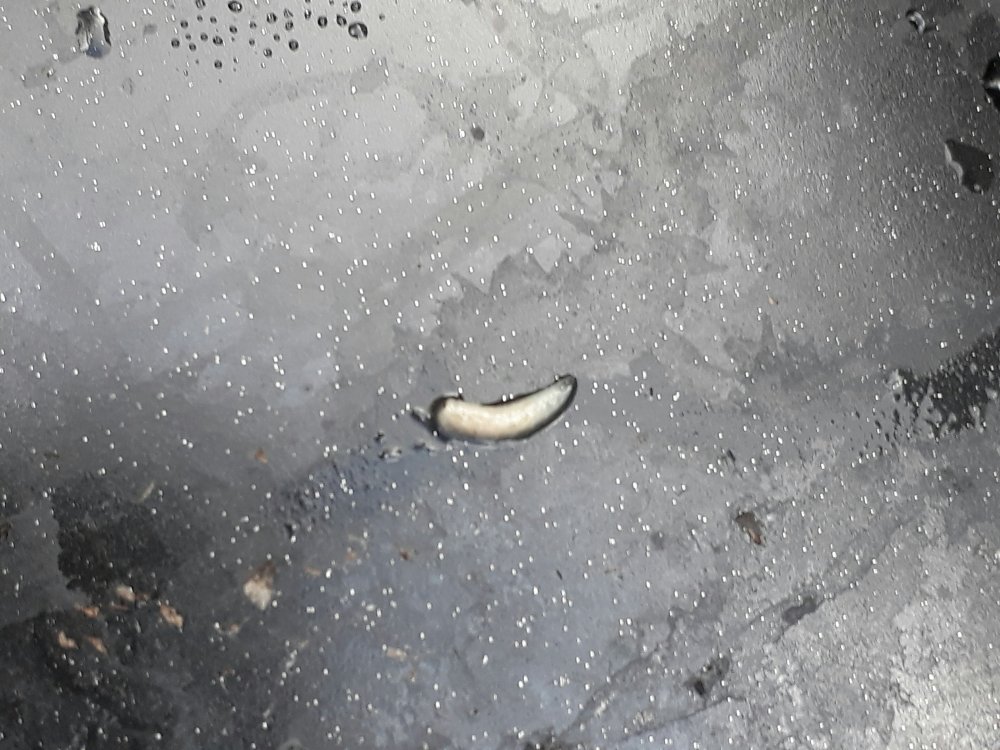 Yes, my Pinterest-Mom pride and joy was now not only mixed up and uncategorized, but was infested with disgusting, wriggly maggots!!!

Even the rain water in the hanging baskets was full of some kind of unidentified swimming species… epic, epic fail!!!

And so, this was us at the start of week four… 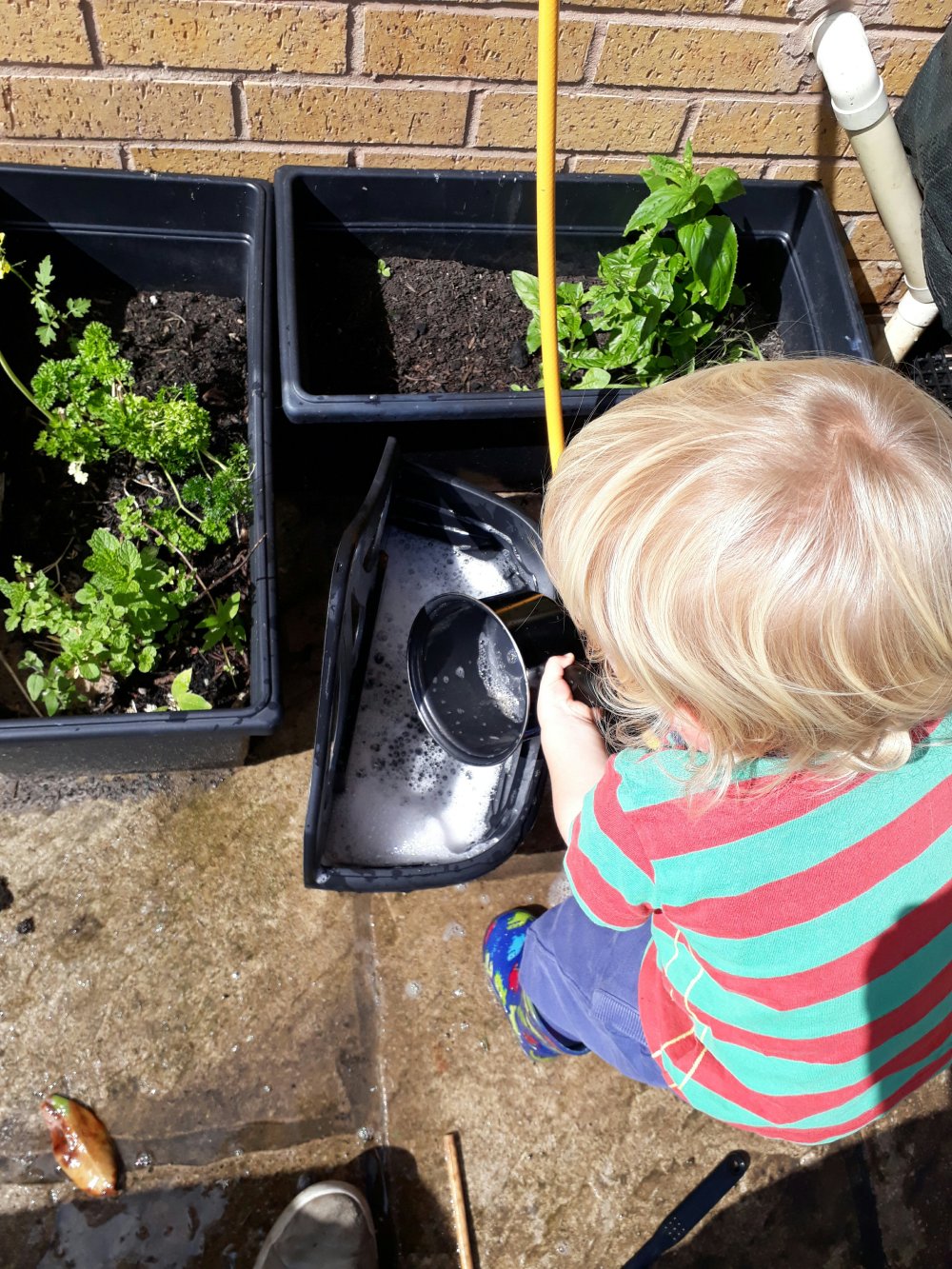 … washing our “let’s get messy” Mud Kitchen out with soap and water!

On the plus side… once we had cleared the tires and explored the state of the grass (after barely 2 weeks!) we found a whole host of wildlife at the soggy, sodden surface!

Now then, Pinterest my old friend… how would YOU make a wormery?!